Algo Más was approached to manage a social media campaign in 2020 to promote a new luxury residential development on Sydney's northern beaches. 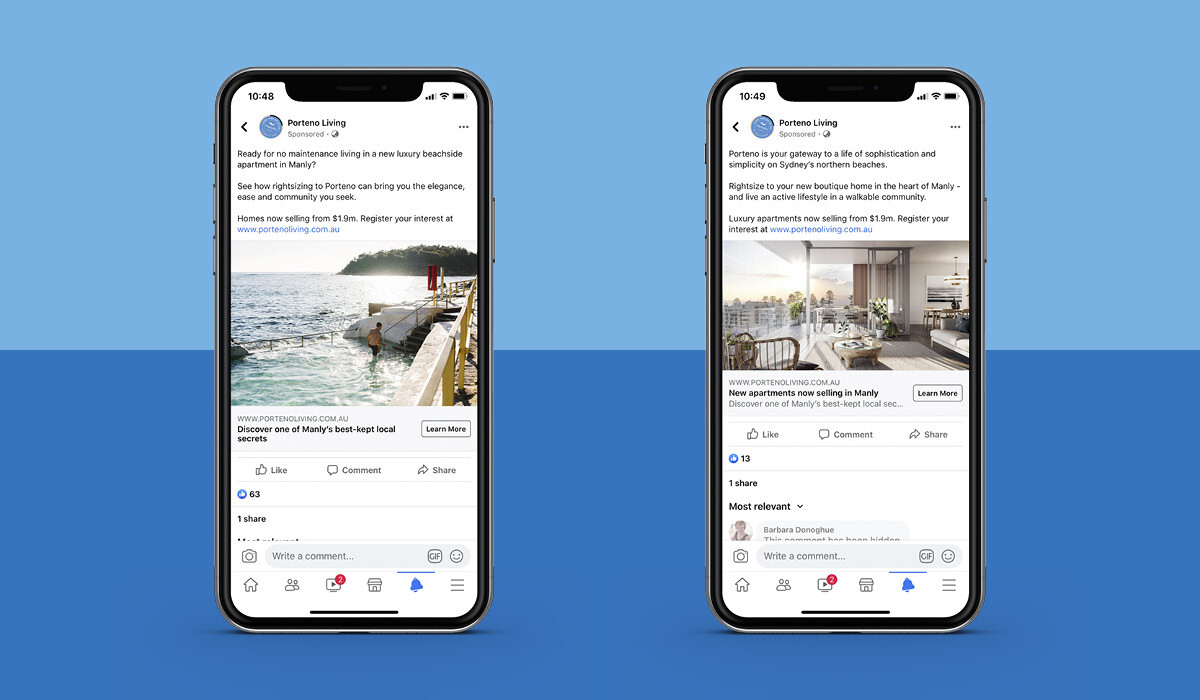 Porteño is a new property project by New South Wales company DA Properties and consists of 41 apartments located in the heart of Manly on Sydney’s prestigious northern beaches.

In 2020, Algo Más managed a two-month Facebook campaign featuring paid and organic content to raise awareness of Porteño and generate registrations of interest from prospective buyers.

Organic content for the two-month campaign focused on the project specifications, including information about the size of the apartments and their high-end fitouts, as well as the benefits of living in Manly: a vibrant, beachside suburb known for its scenery, surfing and socialising.

To complement the organic content, paid Facebook advertising focused on collecting registrations of interest with each advert featuring a ‘learn more’ call to action (CTA). When people clicked on the learn more button, there were taken to the Porteño website where they could register their interest by completing a form.

We managed the paid Facebook campaign by running two adverts simultaneously and reviewing their performance and results weekly. As adverts fatigued, and performance decreased, they were replaced with new ones to keep content fresh and relevant. The adverts were targeted to a number of audiences including people who lived within location 10km of Manly and Sydney’s northern beaches, were aged 45 years and over and who were interested in real estate, health and fitness and luxury items.

Data played a key role in the success of this campaign. Using data collected from the Facebook Pixel to help monitor and maximise campaign performance, adverts were retargeted to audiences based on the number of times they visited the Porteño website and social media profile page.

This data meant that a new ‘lookalike’ audience (i.e. a new audience that shares common qualities such as age and interests with the original target audience) was created to help raise brand awareness of Porteño even further.

This campaign was also bolstered by valuable industry insights that suggested ex-pats returning to Australia, due to the Covid-19 pandemic, were searching for property in the Manly area. To capitalise on this opportunity and raise awareness of the Porteño brand, another target audience was established focusing on Australians returning home from overseas.

Using paid and organic advertising, the eight-week campaign was a success considering the current real estate environment and luxury price point for these apartments. Paid advertising achieved a Click Through Rate (CTR) of 3.95%, a Cost Per Click (CPC) of $0.29 and accounted for 29% of total Registrations of Interest from all marketing. These results are well above the industry average of 0.99% (CTR) and $1.81 (CPC). 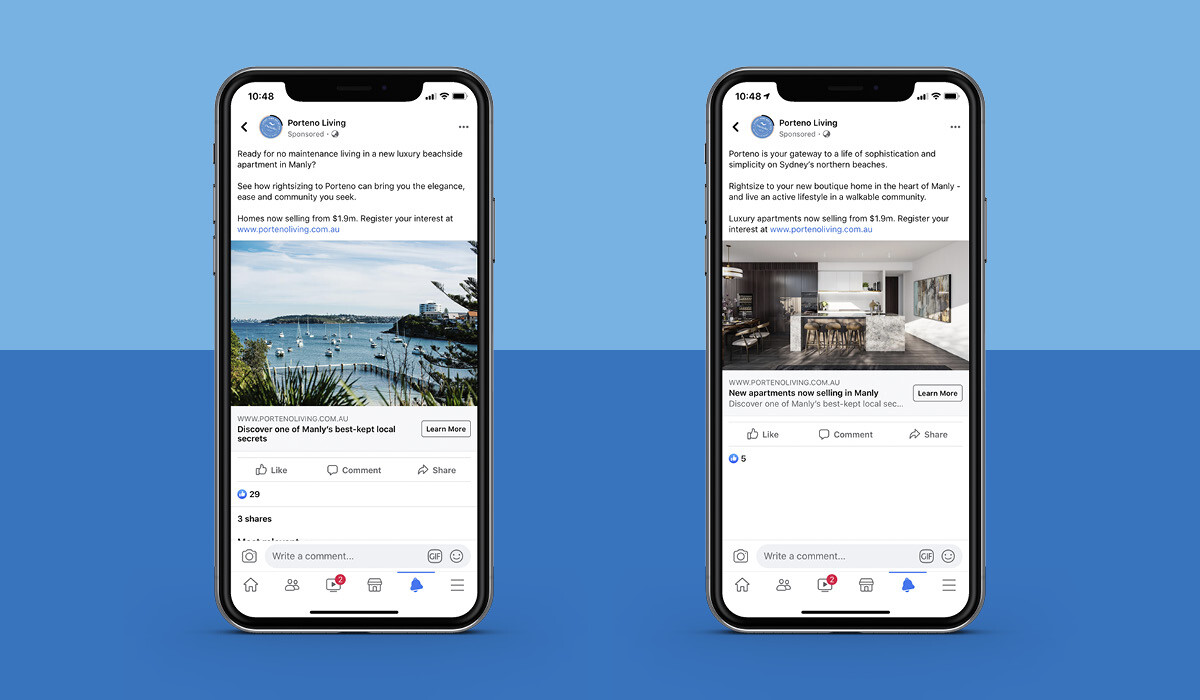