The international professional cycling race the Santos Tour Down Under is one of the biggest sporting events on South Australia’s annual calendar.

In 2020, the Santos Tour Down Under returned to Murray Bridge for the first time in nine years. We created a cohesive suite of materials for the Rural City of Murray Bridge to help council capitalise on this incredible opportunity to promote the town to state, national and global audiences.

The campaign was designed and art directed by David English and written and account managed by Briony Petch. 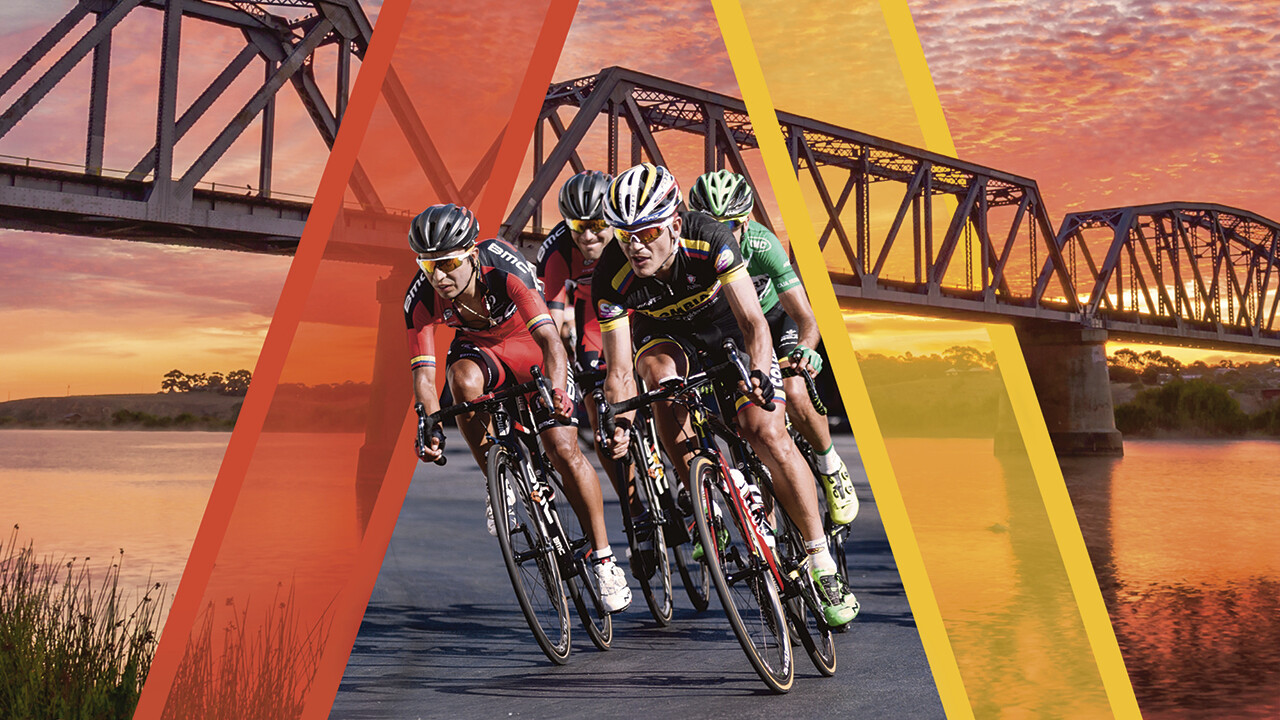 We began by designing a Murray Bridge Santos Tour Down Under ‘hero’ image and custom logos which council could use for traditional and digital marketing activities to promote the event. The hero graphic featured a group of riders integrated into a vista of the iconic Murray Bridge rail bridge. The custom logos were developed in the established Murray Bridge style using a more playful interpretation and the message ‘Your Place To See The Race’. These assets were then incorporated into a fold out colour brochure that we also developed and wrote. The brochure incorporated event and visitor information as well as a supplied ‘race day’ map of the town centre showing key locations and amenities. The brochure was distributed towards the end of 2019 to ‘forward promote’ the event and showcase experiences both locals and visitors could enjoy when they visit for the race – or at a later stage. 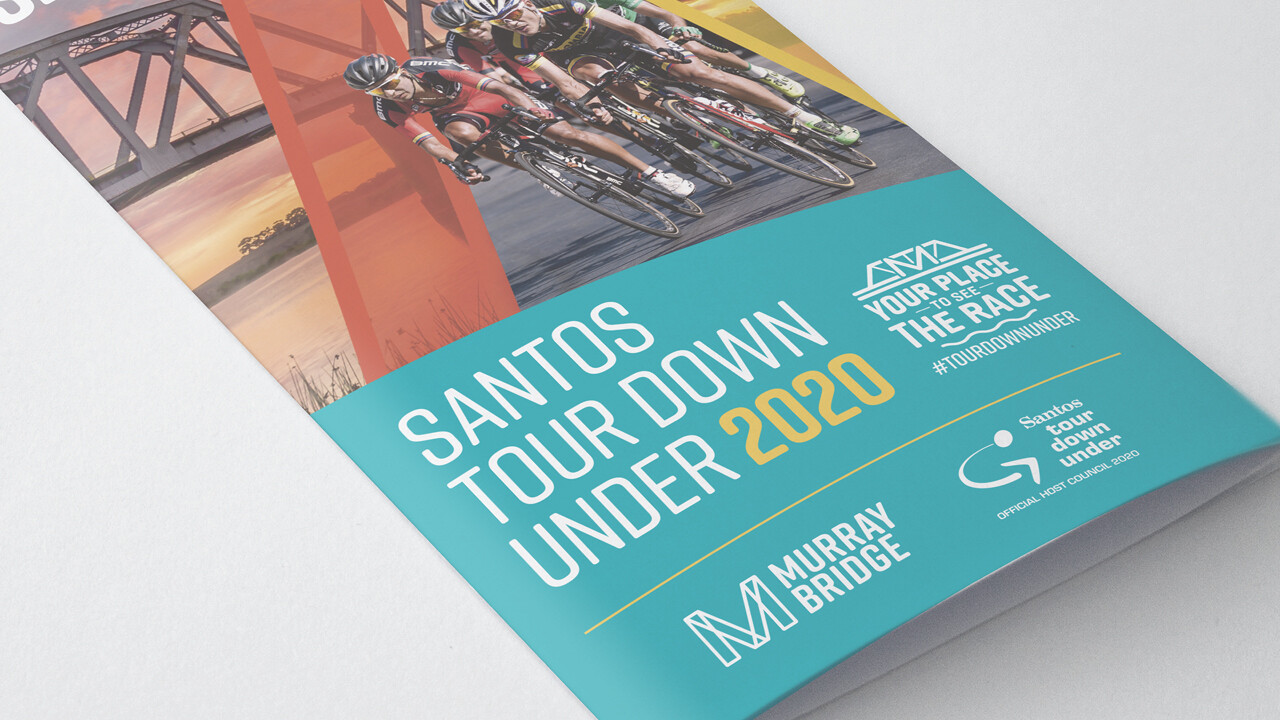 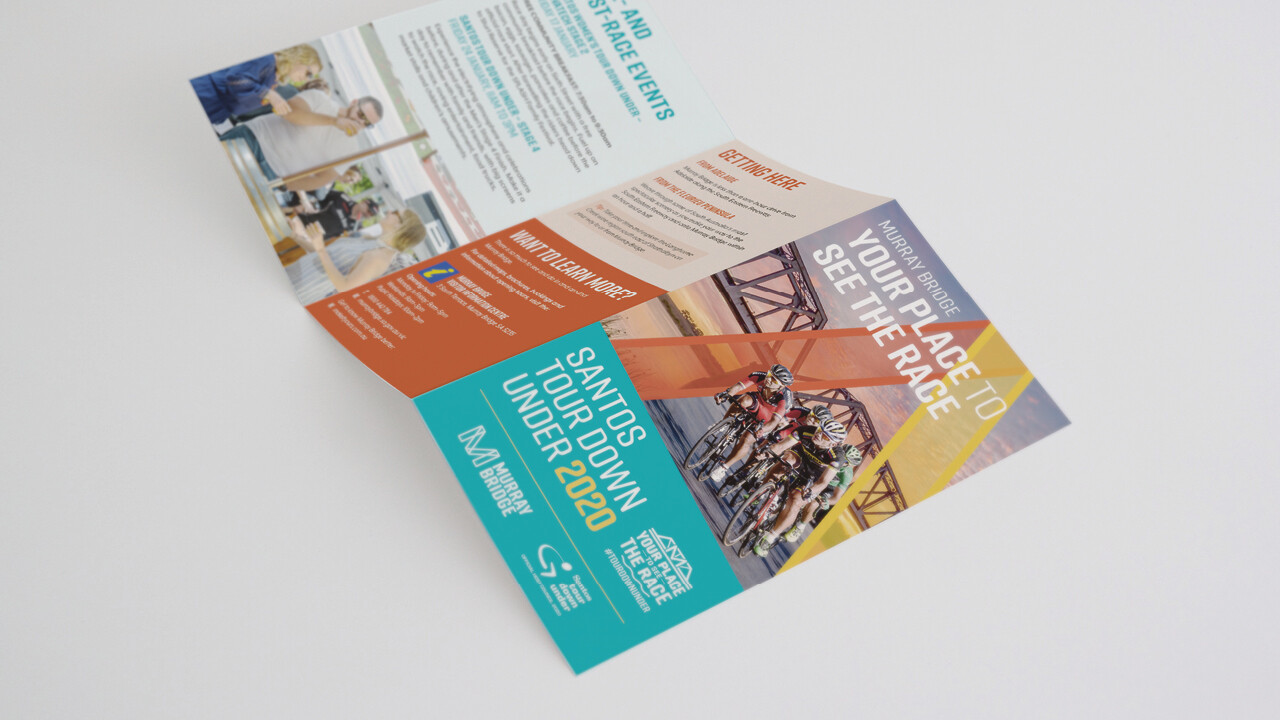 An A3 hand out was also developed incorporating a larger version of the ‘race day’ map, which was used in the fold out brochure, and visitor information. The A3 hand out was given to people who attended Murray Bridge for the women’s and men’s race stages so they have an accessible resource they could carry with them detailing ‘what’s on where’ in town.

Murray Bridge Santos Tour Down Under road artwork was also developed and stenciled onto the road in two key locations in Murray Bridge for maximum exposure during the race.

For cohesiveness, both the design and messaging of this suite of materials was purposefully aligned with the look and feel of Murray Bridge’s existing branding as well as its ‘Make It Yours’ campaign, which Algo Más also produced. 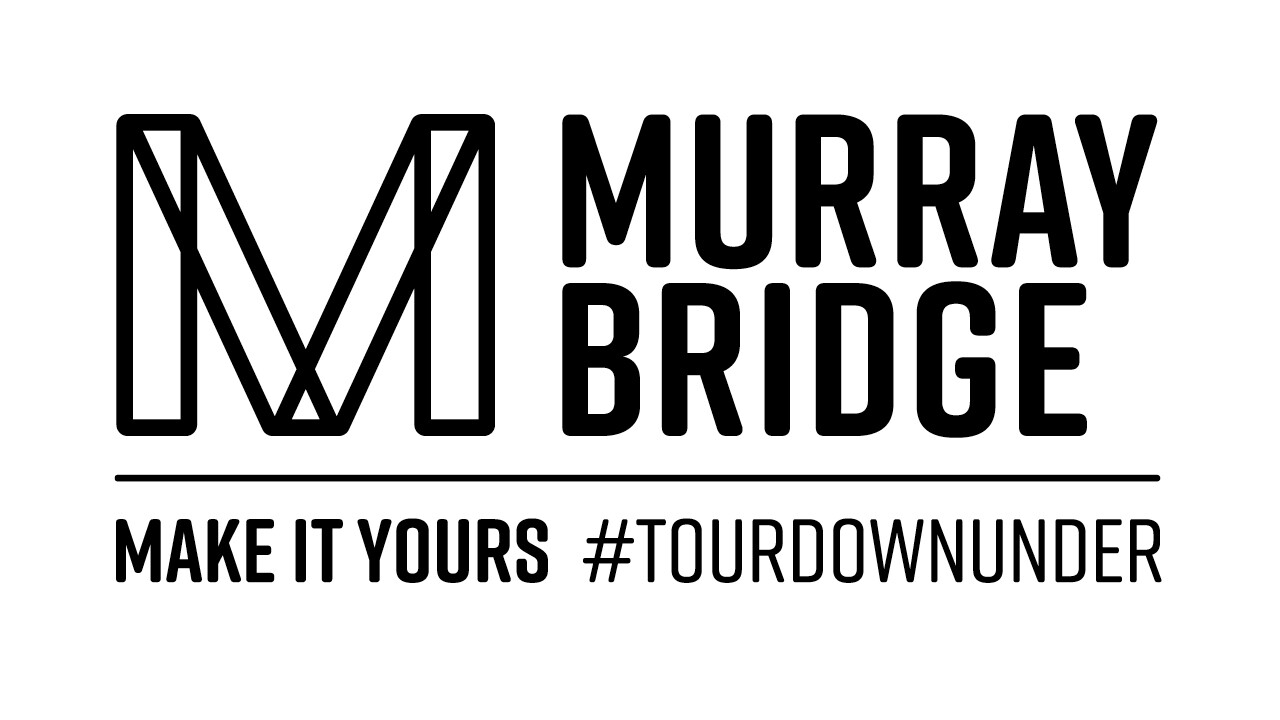