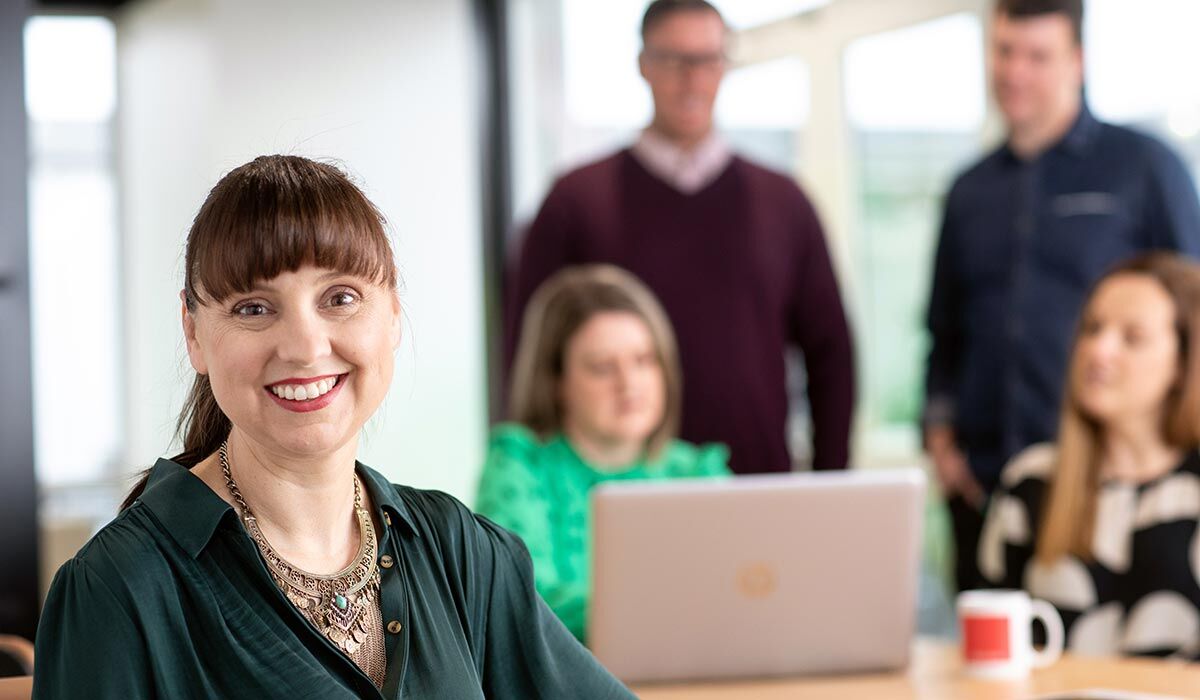 As Algo Más celebrates its 15th business birthday, Managing Director and Founder Julie Wrobel explains how her love of Spain inspired the name and ethos for the branding agency.

Why did you start Algo Más?

I had been working in various in-house marketing roles and really wanted to experience the excitement and challenge of being my own boss. I had been lucky enough to undertake a wide range of marketing activities early in my career and was confident I could use my skills to help other businesses run their marketing campaigns.  I also knew I had a knack for project management and just ‘getting things done’: especially challenging projects. I wanted to create an agency that managed projects the way I would want them to be managed as a client. In the early days of Algo Más, I secured a lot of work managing projects that companies just hadn’t been able to get started, or action, in-house.

Looking back to your childhood, were there any signs pointing to a career in marketing?

Not really – but I had always been interested in business. When I was in primary school, I’d force my younger cousins to play ‘banks’ and ‘real estate agents’ with me – not much fun for them!

Why did you choose a Spanish name for the business?

I visited Spain in the early 2000’s and fell in love with everything Spanish: the people, the language, Flamenco and the food.  I then took some WEA classes in Spanish and ‘algo mas’ was a phrase my Spanish teacher used a lot – it means ‘something more’.

Why do you love Spain so much?

I think my personal values align very much with the Spanish culture – or what it was when I visited at least.  The Spanish are passionate about so many things and I am very passionate about my business – and I also love afternoon siestas!

How many staff did you have when you started Algo Más?

It was just me for the first year working out of my bedroom! My cousin designed the Algo Más logo originally and we only rebranded in 2018 so the original brand lasted 13 years. I hired a part-time administration assistant and a contract graphic designer so we moved into a small office space on York Street behind the Austral and then Hindley Street. We leased an office space in the East End for 10 years and have just moved to a custom studio space in Kent Town. It was an ambition of mine for a long time to buy my own premises for the business so, in a year that has served up plenty of challenges, this has been a major highlight in my career.

How do you think the marketing industry will emerge from 2020?

2020 has given everyone a greater appreciation and respect for the power, influence and importance of digital marketing.  When people couldn’t access some traditional mediums, digital was often the only tool organisations had to communicate with customers and clients.  That appreciation won’t wane and companies are investing more in digital and understanding the importance of having a great website, good search engine optimisation (SEO), a strong presence on socials and quality digital content.

What are the biggest lessons you have learned running a business?

Always keep your long-term goals and the bigger picture in mind. You may not win a project one year but that client may want to work with you years later or that person you interviewed for a role may end up being your next client. It’s a marathon: not a sprint. Also, never, ever give up!

If there’s anything you know now that you wished you knew when starting Algo Más, what would it be?

Don’t be scared to ask for the job. I was probably too timid in the early days and underestimated how valuable and useful my skills were to clients. I always assumed there was someone better – I’ve learnt now there usually isn’t.

I’d like to expand the business and have offices in Sydney and Melbourne with a leading digital division, a strong team and hopefully working with the same clients we are now – and more.

Where do you see yourself in 15 years?

Hopefully sending my three-year-old twins off to university and transitioning more of the Algo Más team into leadership roles – so I can spend more time in Spain!